Transitional objects act as points of comparison helping us to know where we come from and where we are going. In the featured picture above I show you the scrawny kitten I met along with her brother holed up under a bush in the empty property across from my own on the 7th of Feb 2009. She and her brother had somehow been left there to fend for themselves and were eating snails off the branches and although playful, and seemingly happy, I could not help but intervene. The first thing I offered them was a bowl of food to which Asterix easily succumbed. Getting used to me from her feral state took longer and it was a year down the line before I could touch her. And it was only five years later and after her brother had died that I managed to bring her and her still beloved food bowl into our home. She is a loving being but unfortunately the hardship of living wild has left her with a legacy of feral leukaemia that is going to radically shorten her life, but her big heart and easy manner of engaging will stay with me forever. We have shared in the joy of loving. 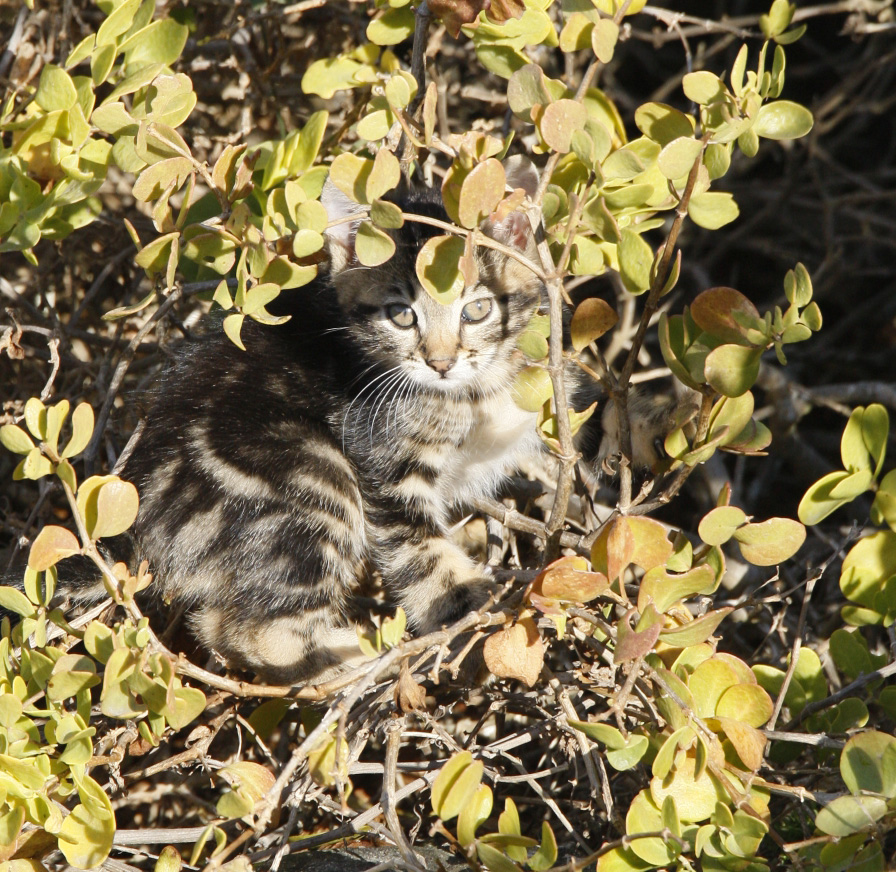 Obelix the brave, seen above as kitten and below as full grown male, was twice her size and lived a brief glorious life. When I made the move down to Yzerfontein these two were the first friends I attached to, and the ones who helped me survive the daily drudge and give meaning to the notion of being alive. I am trying to make sense of whether in losing them I can find a point of comparison within myself to show how much larger in soul they leave me behind.